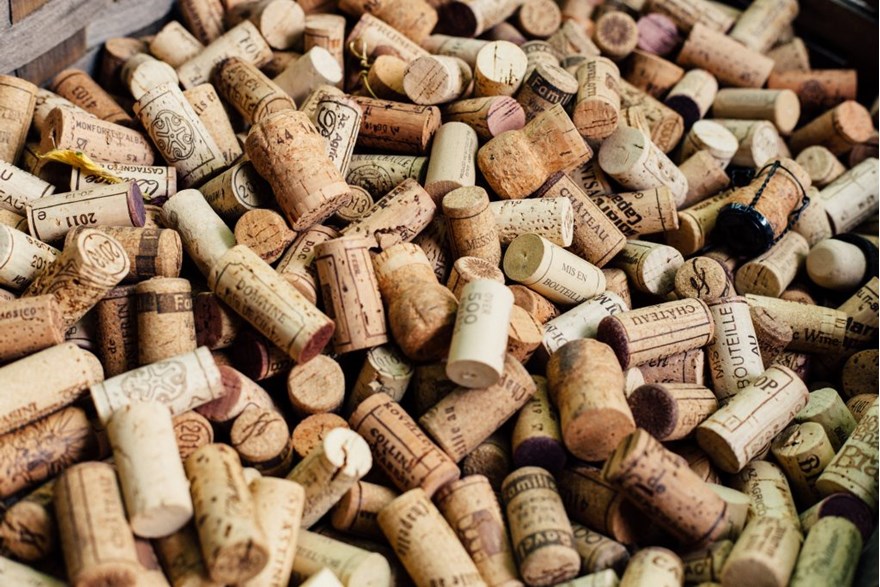 If you want to throw the equivalent of a verbal hand grenade into a conversation amongst wine professionals then, other than natural wine, the issue of what type of closure people like, and why, is arguably one of the most contentious issues around.

In fact, it invites such passion amongst some individuals that, like politics, it can be best to steer clear of the topic in polite company unless you want to risk the occasion blowing up in your face.

When it comes to natural cork it is understandable that it is such an emotive subject, say, in Portugal, and to those producers and manufacturers involved, as it is not just a simple device to put into a bottle of wine, but means jobs, and it risks the future of communities of people who rely on cork forests and the cork industry for their livelihoods.

The decision about which type of closure to use is not to be taken lightly. It can be a very costly mistake to get wrong. Particularly when you consider, on average, more than five percent of all bottles show some sort of closure fault (not just TCA, but also faults like oxidation and reduction). It makes sense then that you know exactly what the benefits and risks of which closure you are using, be it in making wine, or selling it.

Even that five percent figure is hotly contested when you start drilling down in to the “fault” levels for different types of closures. Cork taint, for example, is widely accepted as being the biggest reason for faults at around two percent. Which for a 300,000-case winery could mean throwing away some 72,000 bottles of wine a year.

So it was with some trepidation that I agreed to organize and host a roundtable debate on closures in partnership with Vinventions with leading restaurant buyers, sommeliers, importers, distributors, and wine merchants in the UK for my on-premise digital publication, The-Buyer.net.

The concept was simple enough—to hold an open debate and give the panelists the floor to discuss which different types of closure they use and why, as well as identifying those closures they don’t use and the reasons why.

What soon became clear is that with so many different types of closures now to choose from, the buyers were quite open about not being as knowledgeable about what each closure can do. It might make difficult reading for closure manufacturers who invest continuous time and money into tweaking, adapting, and improving their closure range ever so slightly in the hope of catching the attention of powerful buyers and distributors.

But considering how much of the mainstream UK market is dominated by screwcap, it is not that surprising the panel was not completely aware of the diverse set of closures that Vinventions, for example, can offer.

Why, after all, does the average wine buyer, sommelier, or importer need to know the oxygen ingress levels of different types of closures when all your customers, be it in the trade or final consumer, just want an easy, quick screwcap to click open?

That said, given the choice and a blank sheet of paper to write down their favorite closure, the majority of our panel were still clearly wine romantics at heart who favor the ceremony of popping open a bottle of wine with an inner-seal closure like cork.

However, while natural cork might be the most widely-recognized of these closures, the panel unanimously agreed it is not the most reliable. Anxiety over cork faults has allowed far more openness to trying alternative closure options at higher price points, where a screwcap was not wanted or needed.

Further, the panel agreed that natural cork is not as viable at lower, high-volume price points where every cent or penny counts in the decision-making process—if you are going to use a natural cork then there is no point scrimping and saving on the quality.

In fact, it would be seen as commercial suicide to use a low-grade cork in a wine that might be aged for 10, 15, or 20 years. But plenty of producers do, only to leave disappointed importers, merchants, sommeliers, and customers in their wake. This has also opened the market up to other inner-seal closure options for these age-worthy wines—like Nomacorc’s Green Line—that were created to give winemakers peace of mind and guarantee protection from the kind of faults that can be seen all-too-often with natural cork products, like cork taint, oxidation, and reduction.

It was interesting to see how split the buyers were on which non-cork closures they prefer. Most were what you might call closure-agnostic. Namely, buyers will put the wine rather than the closure first and pick the right closure for the right wine, depending on a range of factors from price to style to fashion to convenience.

It seems in the world of closures that no one is perfect. The UK panel all shared their frustrations and challenges with each different type of closure, even their company and personal favorites. Reassuringly, the decision over which closure a business chooses has not been taken lightly. A decision, once made, is hard for closure producers to change unless there is a specific need to do so.

And that’s what makes this an emotive topic. The decision about which closure you like is deeply personal as it rests 100 percent on the experiences that you, or your business, has had with them.

Our panelists would certainly welcome more debate about the merits and benefits of different types of closures and for the issue to be higher up the wine agenda than it is. It’s currently often pushed to the sidelines and to quality control teams. The panel even urged wine education bodies to make closure appreciation and understanding of different types of closures part of future syllabuses.

Particularly, as they all agreed, that often it is the closure, and normally a cork, that is the easy target to blame for any problem with a wine, when the issue probably lies in modern winemaking practices, like the reductive styles of wine that are now in such high demand.

But how many experienced, professional tasters can really identify what a fault is and what has caused it?

It was ironic that our closure debate did not achieve any closure at all. In fact, it did the complete opposite, but opened up the issue in ways that the buyers and panelists themselves did not expect.

Take the comparative tasting, for example. It comprised the same wine, bottled on the same day under the same conditions: The only difference between the bottles was the controlled oxygen ingress closure sealing it (Nomacorc’s Green Line range), which each had a specifically different permeability. When asked after the tasting which wine they favored best, the panel was split on their preference. It was for some a revelation that simply got them asking a lot more questions than they thought they needed answers to before starting the debate.

It’s an interesting concept—the point is not to show a “right” or “wrong” wine style, rather, to underline that different tasters prefer different styles, which can be highlighted through something as simple as the closure. It goes to show that each wine and winemaker’s style is different, and there is not one universal answer to what is the “best” kind of closure.

Ultimately that’s what great debates are all about—leaving you inspired and wanting to find out more. Here’s to the next one…

Read more on The Buyer’s website: Closures Debate: What do you want to put in a bottle of wine?

Download the full report from The Buyer: The Buyer’s Closures Debate.

Photo by Elisha Terada on Unsplash.